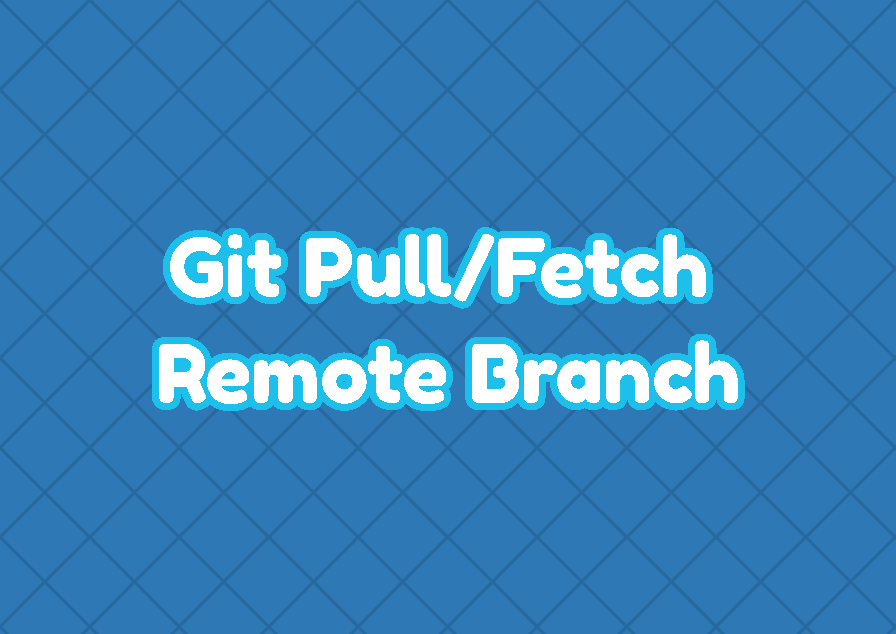 The git pull command is used to pull or fetch the remote branches. After the fetch operation, the local repository is updated in order to align with the fetched remote repository. The pulling/fetching remote branch is a regular and daily task in order to get the latest updates made by other developers or 3rd parties to the local system. Actually, the git pull command is the combination of the two commands git fetch and git merge which are also two steps of the pull/fetch operation. In this tutorial, we examine different ways to pull or fetch remote branches to the local repository.

By default, the pulling/fetching remote branch creates a new merge commit. But we can prevent this by using the --no-commit option with the “git pull” command.

The pull or fetch operation generally creates a lot of downloads and actions under the hood. But these downloads are not displayed during operation by default. If we want to review these downloads and operations we can make the pull/fetch of the remote branch verbosely by enabling the debug mode. The --verbose option is used to enable debugging.