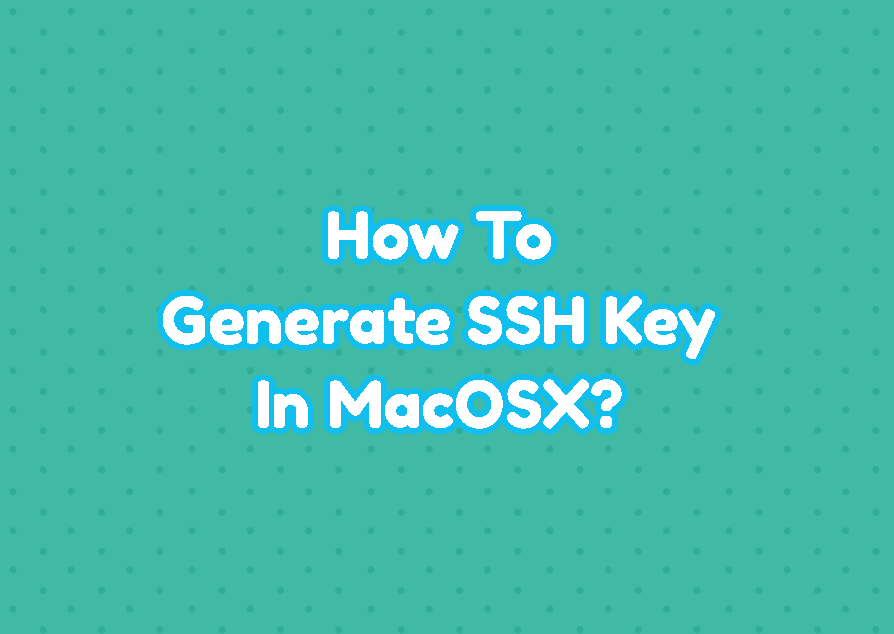 SSH is used to connect remote systems in a secure way via the command-line interface. Apple operating system MacOSX supports SSH as a built-in function. MacOSX is a Unix derivative like the Linux distributions and provides similar commands and command-line usage. SSH keys are used to authenticate remote systems without a password. In this tutorial, we will learn how to create different types and sizes of SSH keys in MacOSX for passwordless authentication and login for SSH.

As the ssh-keygen is a command-line tool we will first open the command line interface which is provided via terminal. In order to open the terminal follow these steps.

Then the terminal is opened it will provide you the command prompt with your computer name and user name.

When this command is executed the SSH key generation process will start and ask us some questions about the keys like below.

The ssh-keygen can be used to generate different types of keys like ECDSA, RSA, etc. The RSA is the default key type which is generated automatically but you can also specify this key type explicitly if it does not default in your case. The -t option is used with the rsa parameter like below.

ECDSA is another popular cryptographic protocol that is used as an SSH key type. The ssh-keygen command can be used to create the ECDSA SSH key by providing the -t option with the ecdsa parameter like below.

By default, the key size is 2048. The size of the key sets the security of the communication but a higher key size means more security and less performance. We can also create 4096 bit SSH key by using the -b option and specifying the size as 4096.

The SSH key size parameter can be also used with the key type parameter like below. In the following examples, we generate 4096-bit RSA and ECDSA keys using the ssh-keygen command.

Alternatively, the hostname of the remote system can be used instead of the IP address.

Use the following command to remove ECDSA public and private keys.