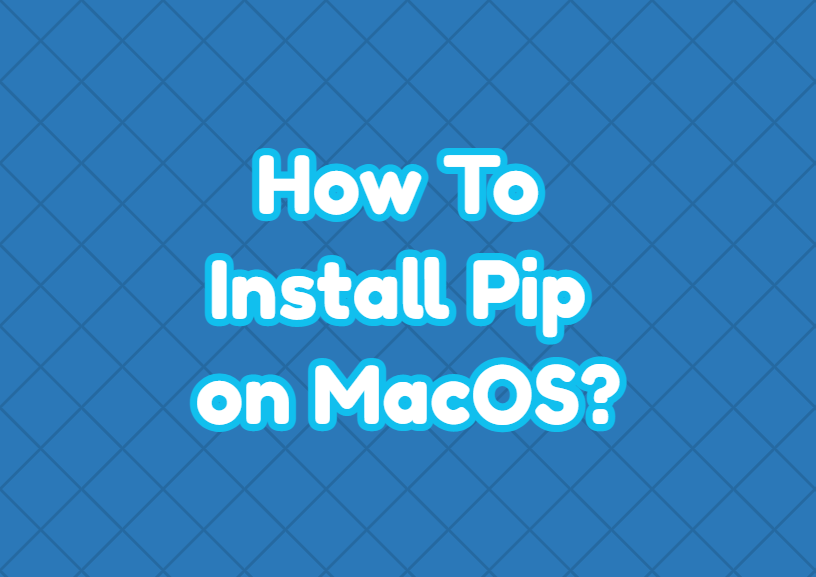 Pip is a package management system used to manage packages or 3rd party modules in the Python programming language. The pip provides a very easy way to search, install, update, remove Python packages and 3rd party modules. The pip uses the Python Package Index project as a package repository. macOS operating systems can install and use the pip for Python package management.

If you prefer wget command to download files use the following line.

After the download is complete use the pytho3 command in order to execute the get-pip.py script like below. This installs pip or pip3 command.

Install Pip On MacOS with easy_install

Install Pip On MacOS with brew

Install Pip On MacOS with ensurepip

After installing the pip we can check the installation with the pip command by providing the --version option like below.

From the output, we can see that the install pip command version is 20.3.4 located under /usr/lib/python3/dist-packages/pip . We can also see that the pip installation is related to Python version 3.9.