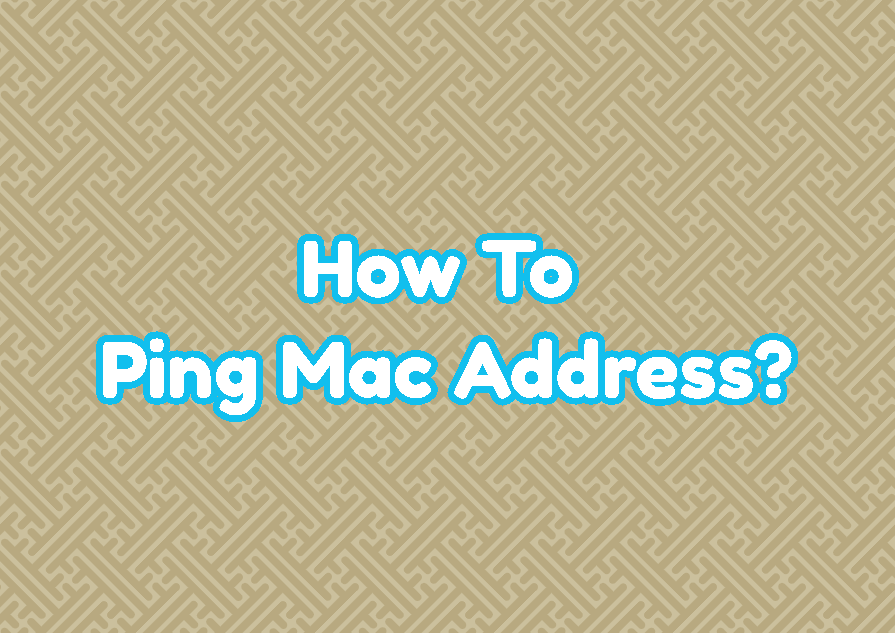 Today internet and computer networks use popular protocols like TCP/IP, Ethernet, etc. Ethernet is the most popular protocol used in Layer 2 which is called Media Access Control simply MAC. Every ethernet card has a MAC address in order to identify it uniquely. Normally MAC addressed are configured statically into the Ethernet cards, wireless cards, etc. but recently they can be modified with the operating system configuration.

By default, the Windows, Linux, and MacOSX operating systems do not provide a specific command to ping the MAC address. But there is an alternative way to execute MAC ping operations. First, we will ping the remote system IP address with the ping command.

The output will be like below for the ping command and responses.

After the ping command is completed successfully the MAC address of the target will be stored in the ARP cache. ARP cache is a cache or temporary storage used to store IP addresses and related MAC addresses. The MAC address can be listed with the arp command by providing the -a parameter to list all ARP entries.

The arping command is specifically created to ping MAC address. The arping is not provided with the Windows operating systems but can be download via the following link.

After download, we can run the arp-ping.exe via the MS-DOS or PowerShell command-line interface.

Linux distributions like Ubuntu, Debian, CentOS, Mint, Kali provide the arping command which is very similar to the arp-ping.exe command. It is not installed by default and can be installed like below.