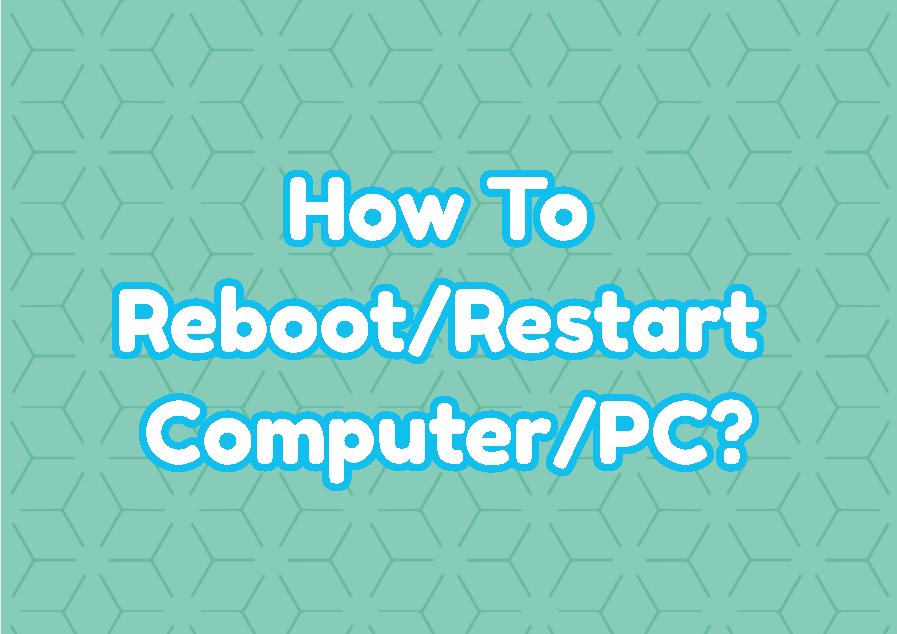 Computers are designed to run endlessly but there are some cases where they need to rebooted properly. The rebooting term comes from a boot where boot means starting the computer. The reboot term means restarting the computer first stopping and then starting. There are different ways to reboot or restart computers. In this tutorial, we explain how to reboot and restart computer via Power Button , Start Menu or Command Line Interface .

Windows and Linux operating systems provides the Start Menu or similar menu in order to provide shortcuts to the applications, tools or computer management.

Another way to reboot or start a computer is using the command line interface. In Windows operating systems the shutdown command can be uesd in order to reboot computer.

In Linux distributions like Ubuntu, Mint, Debian, CentOS, RHEL etc. the reboot command can be used to reboot and restart the computer.