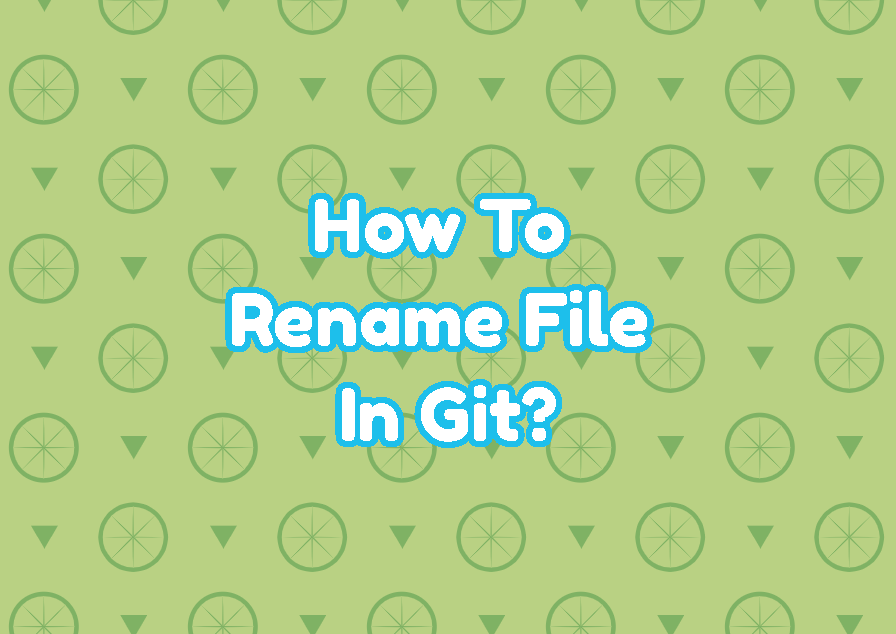 Git stores files as objects for every commit. In some cases, you may need to change the name of single or multiple files. Git provides different ways to rename a file. After renaming the file it will be related to the previous name and will continue tracking the file. The rename operation will be stored in the change history.

Git provides the git mv command in order to move files and folders. But as you know moving a file is the same as renaming a file in the same or different path. The syntax of the “git mv” command is like below which can be used to rename files.

In the following example, we rename the file hw.c as hardware.c .

The rename can be checked with the git status command like below.

In some cases, the new name can be already used by another file. This will prevent rename operation and the file stays with its old name. But we can force the rename and overwrite the existing file with the -f option.

Alternatively the long form of the -f option can be used which is --force .