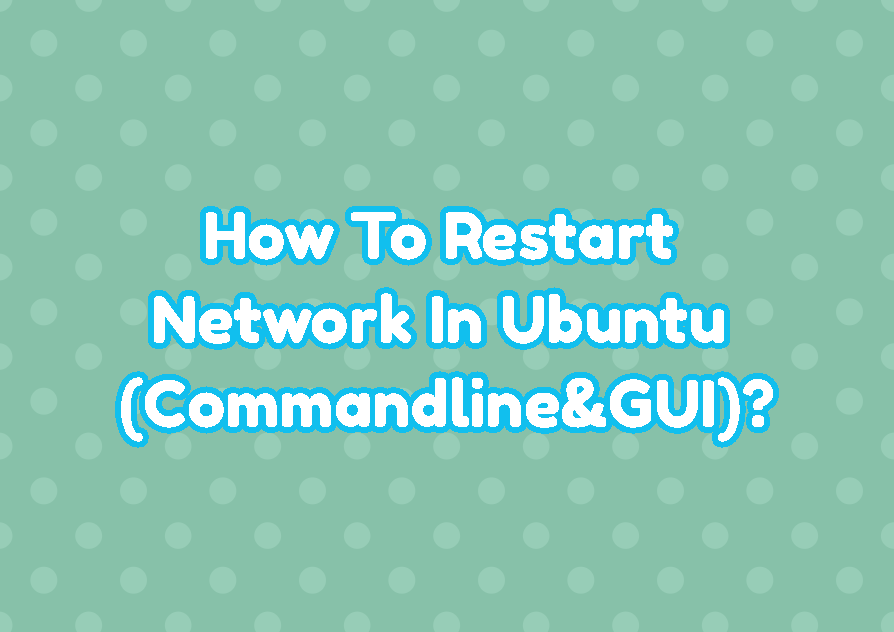 We can see that the network service is currently running. We will restart the NetworkManager.service with the systemctl restart command like below by providing the service name.

And then we will restart the network with the restart parameter like below.

An alternative to the systemctl command to restart the network in Ubuntu is the init.d system where the service management script is named network-manager. The complete path is /etc/init.d/network-manager we will also provide the restart parameter. This script also requires root privileges. Now first we will check the current status of the network service with the following command by using the status parameter.

We can see that the Network service running properly. We will restart the service with the restart parameter like below.

If you are using an older Ubuntu version which is 14.04 or older you can use the following init.d command to restart network. But keep in mind that this will not work with later versions of Ubuntu because it is deprecated.

For older Ubuntu versions like Ubuntu Bionic previously defined methods may not work properly. Ubuntu provides the netplan command which is used to manage network.

nmcli is a command-line tool for controlling NetworkManager GUI. The nmcli can be used to restart the network from the command-line. First, we will turn off the networking and then turn on like below.