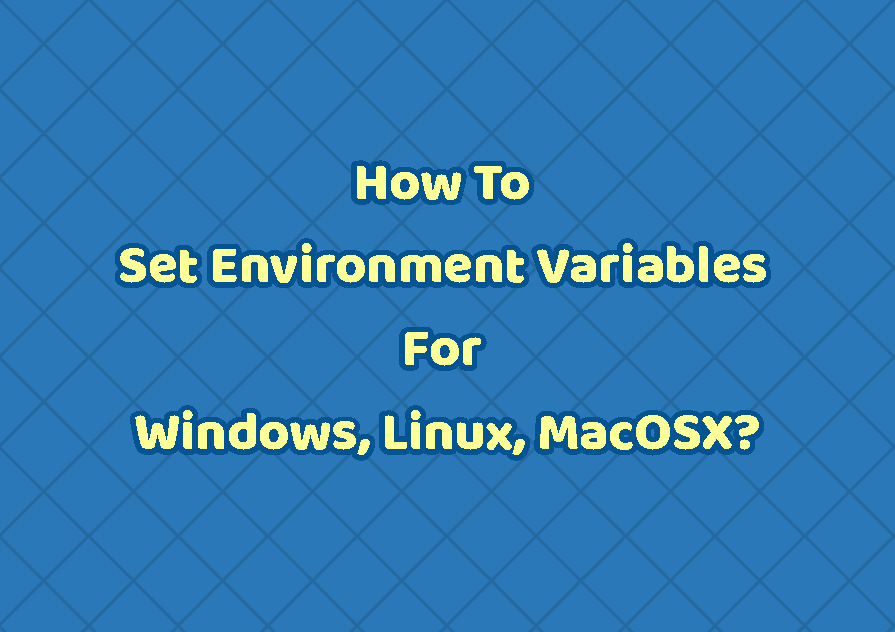 Open the Windows Run by pressing WIN+R keys and then type sysdm.cpl and click OK.

We will click on the New button according to our case where for this example we will create a new user variable. The following New User Variable dialog box contains the Variable name and Variable value box where we will put this information. The last step is clicking on the OK button which will save and set these new variables.

The newly added variable will be listed in the related User or System variables pane like below.

Now by opening a new shell or terminal we can use the newly added variable. The $ sign is used before the variable name which means in order to access myvar environment variable we will use $myvar.

We can list newly added and existing variables with the env command. This can be useful to check a variable existing to prevent errors and misconfigurations.

If we do not want to list all variables and only check our newly added variable we can use the grep command to filter env output. In the following example, we only list specific variables.