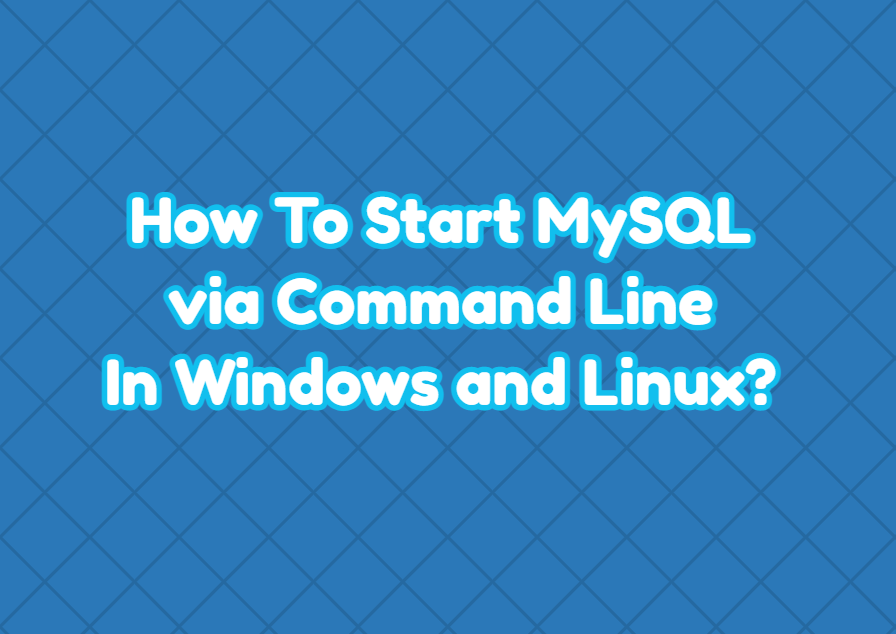 MySQL is a popular open-source database used in Windows and Linux operating systems. MySQL is used as a service that can be started, stopped, or restarted via the command line interface. By default, the MySQL service is set to start when the operating system boots. But we can also start the MySQL server via the command line interface if it is not started.

In some cases, the mysqld path is not configured properly and the upper command may not work. We can start the MySQL server by using the complete path of the mysqld command like below. Keep in mind that we assume that the current installed MySQL version is 8.0 and is located in the specified path.