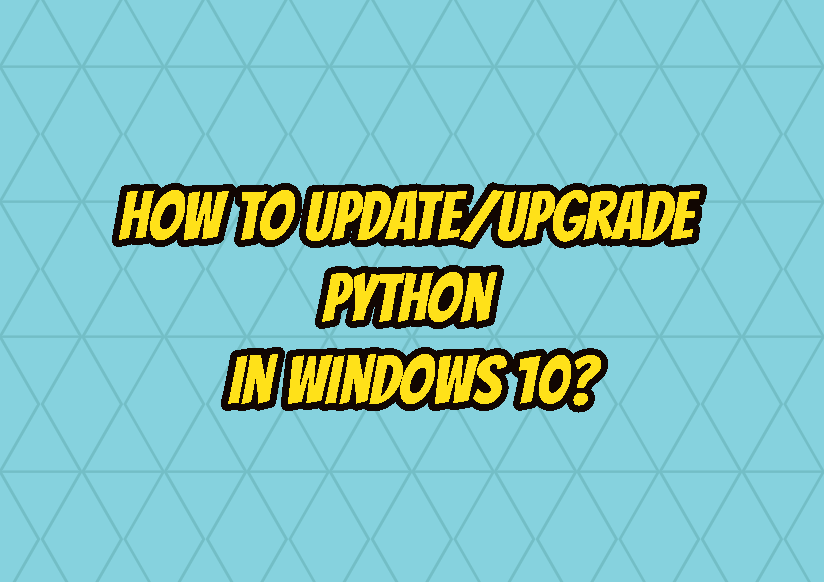 Before starting to upgrade the Python we should learn major Python versions. Python is an old programming language that has multiple main versions where there is no compatibility between these major versions. Currently, there are 2 major Python versions called Python2 which are the older version whose popularity is decreasing and Python3 is the latest, up to date and popular Python version. In this tutorial, we will focus on updating Python 3 versions but at the bottom of this page we will simply describe Python2 update/upgrade process.

Before starting update or upgrade we will list the current version of the Python installation. We will run the following python command with the --version parameter which will print Python major and minor version. This command will run on the CMD or MS-DOS or PowerShell.