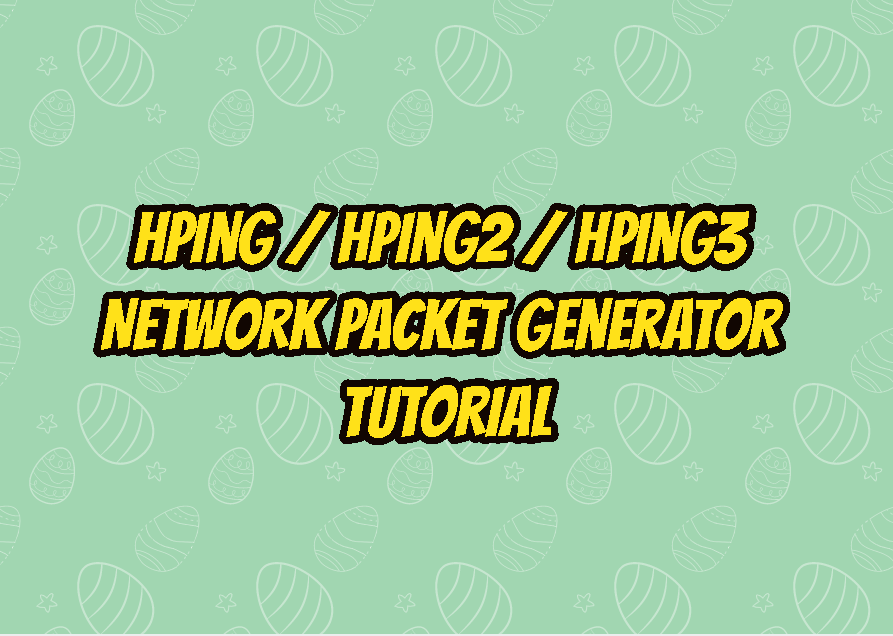 hping is a network tool in order to create or generate network packets in order to test network, service, or system performance. hping is an old tool developed by different entities and named with new versions like hping2 or hping3. In most cases, you can use the command which is provided by your operating system which can be hping or hping2 or hping3. The hping name is derived from the ping command name. The hping3 is developed by the SalvatoreSanflippo and licensed with the GPL3.

hping supports protocols like TCP, UDP, ICMP, raw IP, etc. for different use cases. By using it we can create different protocol packets with different options.

Why Use hping Command?

With its advanced features and common protocol support, the hping command can be used for different cases like below.

The hping is provided by Ubuntu, Kali, Debian, Mint but with a different name. The package is named hping3 for these deb-based distributions. So we will install the hping3 package with the following command.

After the installation is completed we can check the hping3 command like below by using the -v option. The -v option is used to display version information.

If we try to use the hping command we will get the following error.

The rpm-based distributions like CentOS, Fedora, RHEL provide the hping with the name of hping3. The hping3 package can be installed with the following command for these distributions.

hping3 is a very advanced command with a lot of features, options, and parameters, etc. All this help information can be listed with the -h parameter like below.

The hping3 command provides the traceroute feature which is used to identify the intermediate hosts between source and destination. The –traceroute option will be provided. Also the -V -1 options provided to print detailed information about traceroute. After the traceroute is complete the target will be pinged continuously.

DOS and Flood with hping3 Command

While sending packets to the destination the hping command sends some data as packet payload. The size of this data can be specified with the -d or --data option. In the following example, we set the data size as 128 bytes.

By default, the hping command tries to make a connection to the specified port and send some data. But the hping also provides some low-level features like sending TCP-SYN packets to the destination. The -S or --syn option is used to send SYN packets.