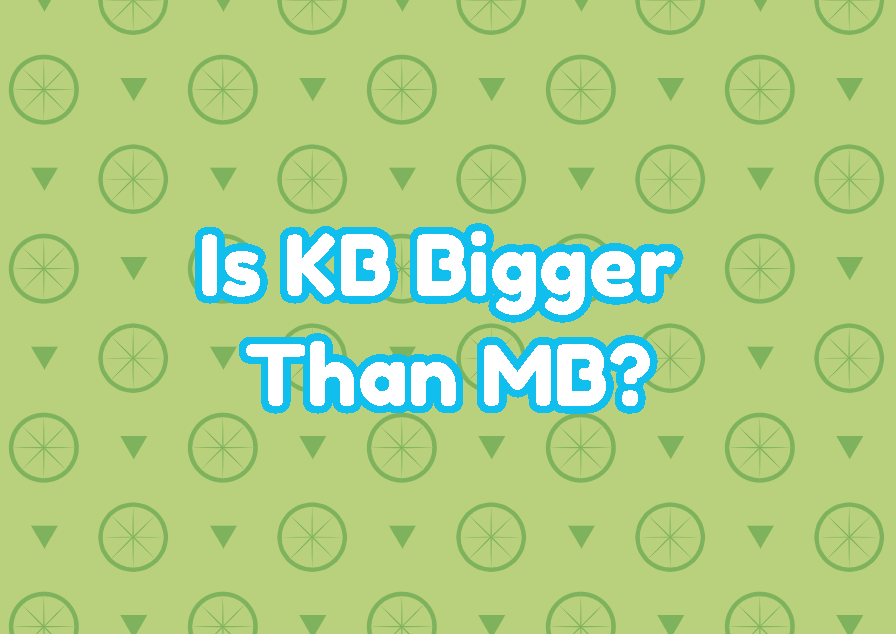 The KB or KiloByte is a storage unit size where it consists of 1000 bytes or 1024 bytes. The KB is used as a unit symbol. A typical directory or folder takes 4KB storage without its contents. Also, a typical simple executable file generally takes sizes between 1K and 500K .

Let’s start the comparison of 1 KB with the 1MB. As stated previously MB is a level higher size unit for the KB. So 1 MB consist of 1024 KB. This makes the MB unit bigger and higher than the KB.