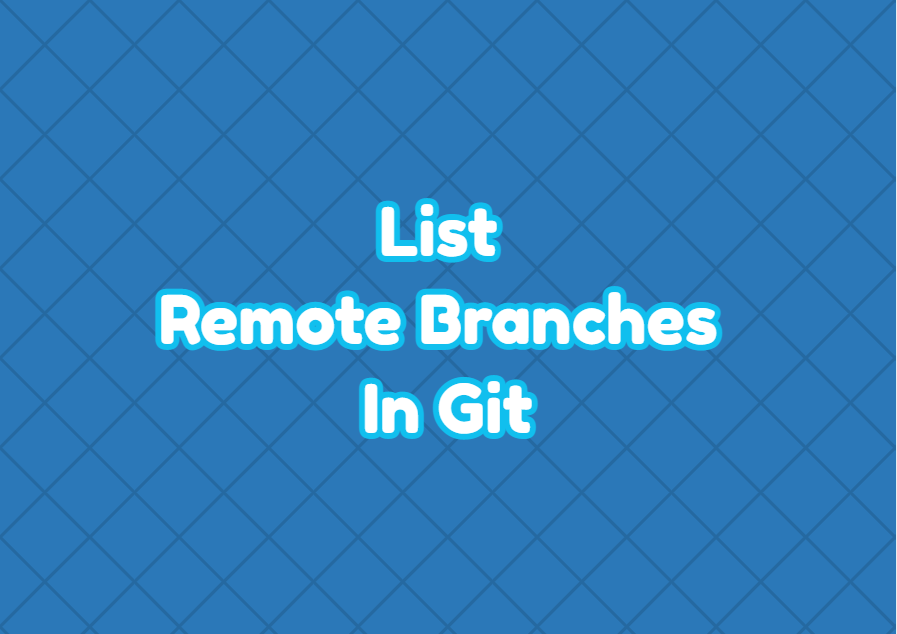 One of the most powerful features of Git is branches in a distributed way. Git provides local and remote branches for parallel application development. In this tutorial, we examine how to list or show remote branches by using different commands like git branch , git ls-remote and git remote show .

The official and most used command to list remote branches is the git branch command. By default, the “git branch” command list all branches but the -r option is provided in order to list only remote branches.