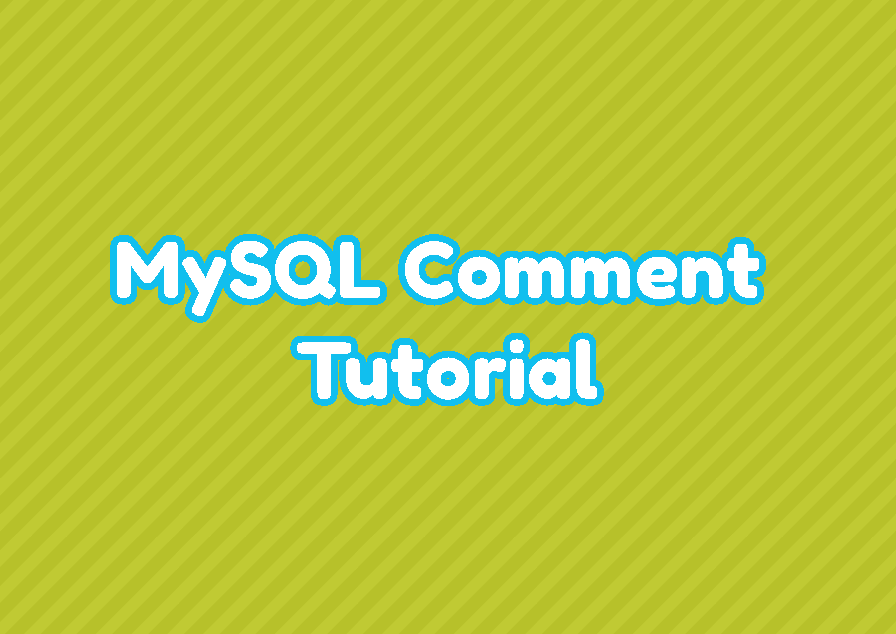 MySQL comments are used to add notes, descriptions,s or explanations to the SQL queries. Comments can be used to explain an SQL where clause or table name or the SQL query completely. MySQL supports 3 different comment styles. These are hash (#) sign, doublet dash (–) and /* – */ characters. They provide different use cases and comment creation.

The hash mark can be used to create a singleline comment. When the hash sign is located at the start of the line the whole line became a comment. As a comment non of the characters in this line is executed as SQL.

The following comment is not valid and creates SQL error. As there is no space, tab etc. after the double dash.