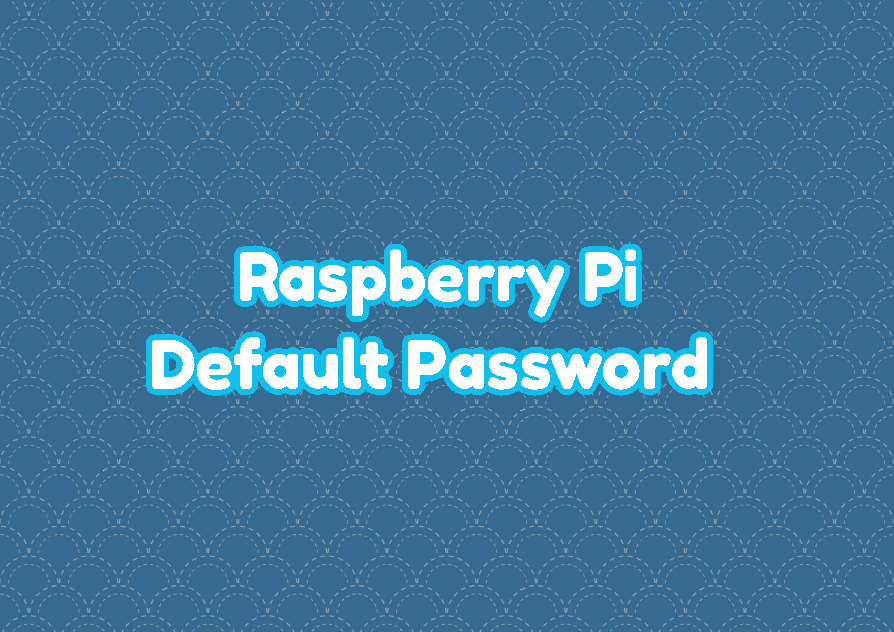 The Raspberry Pi distributions or operating systems default users and default passwords are provided in the following table. The official and most supported operating system for the Rasberry Pi is Raspbian which is a Debian fork.

Default passwords are used to make setup easier for the users by making login and installation simpler. But using the default user and password is not a good practice from a security point of view. So after setup is complete change the password with a more secure one. Even create a different user for yourself and use this user. Use the passwd command which will change the current user password.

If you want to change another user’s password just specify the username after the passwd command.

Then we can set the newly created user password with the following passwd command.