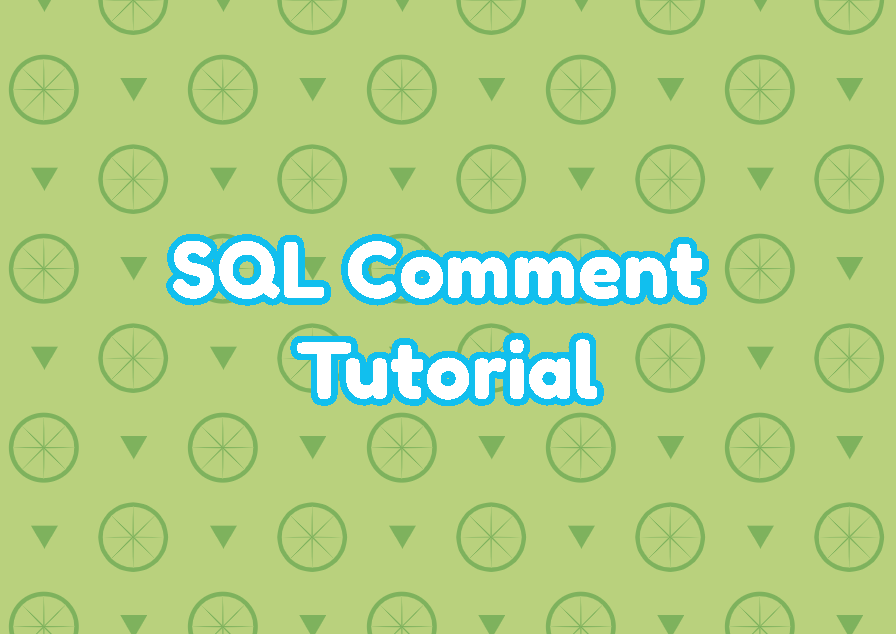 SQL or Structured Query Language is a language used to read, write, change and manage data inside an RDMS. The SQL provides the comment officially in order to provide descriptions for SQL lines, statements. The SQL comment is not executed by the database server and omitted.

The most basic comment type is single line comment where the complete line is interpreted as a comment. None of the lines is executed as SQL. The single-line comment is created with the double dash at the start of the line.

The double dash -- can be used to create comment after an SQL. This can be useful to explain and describe the SQL at the same line. In the following example the SQL queries executed properly.