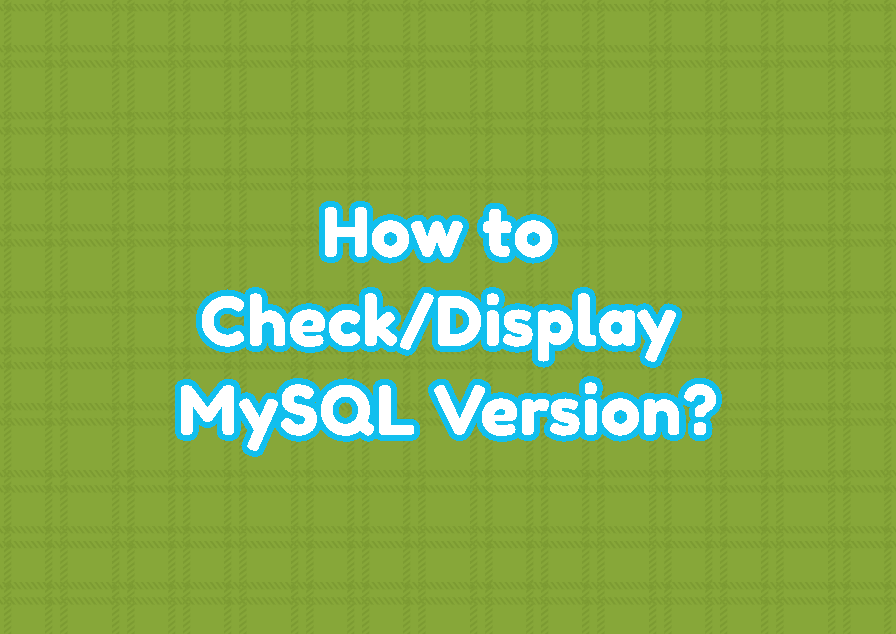 MySQL is a very popular RDMS that is very actively used and developed. MySQL is created in 1995 and after that time a lot of versions are released. MySQL’s current major version is 8 and there are minor version numbers that are added after the major version like 10.3 etc. In this tutorial, we will … Read more