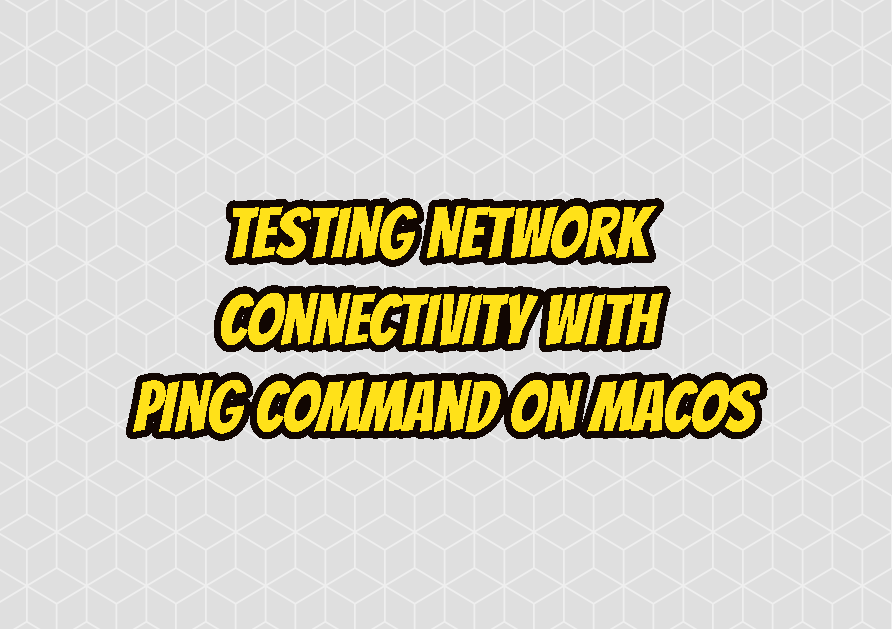 Ping is a popular command and tool used to check and test the network connectivity on computer networks. The ping command simply sends ICMP packets to the target system to get a response to their requests. When the request is replied this means there is no problem with the network connectivity problem with the target or remote system. The Mac computers or MacOS operating system provides the ping command which is used similar to the Unix, Linux ping command. The ping command is provided by default and installed with the MacOS operating system and there is no need for an extra installation process.

The ping command is executed via terminal and as a first step, the terminal should be opened in order to ping the remote target system. Follow Applications->Utilities->Terminal to open terminal. You can also use alternative terminal applications which you want.

Now on the terminal we can run the ping command to ping remote system. The remote system can be printer, server, computer or a web site etc. We can specify the remote server as an IP address or hostname. Lets test network connectivity for the remote target system with its IP address.

Alternatively, we can use hostnames in order to ping the remote system. But in order for to hostname to work properly, the hostname should be resolved into an IP address without a problem. In the following example, we will ping the hostname www.wisetut.com .

And the total statistics provide the following information and metrics about the ping.

Is The Remote Target Host Is Down?

You may ask yourself that if the remote target system or host is down. The ping command provides real-time information about ping packets and a generic information and statistics about the pings. If the remote host is unreachable or down the ping packets will not replied and see no real-time ping packet printed to the terminal. Also the statistics about the ping will be provide information like more than 0% packet loss and less received packet count then transmitted like below.

By default, MacOSX operating system ping command runs forever. But in some cases we may need limited packet count to the remote target system. We can use the -c option in order to specify ping or ICMP packet count.