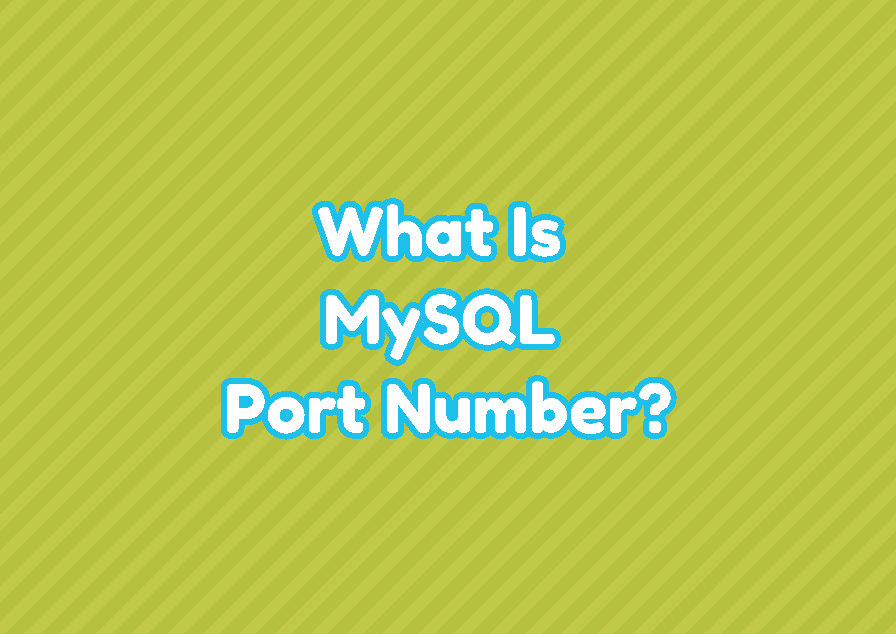 MySQL is a popular relational database management system that is used by different applications and programming languages. An application generally uses a network and MySQL port in order to connect MySQL database and consume services in order to query, save, change records. The default MySQL port number is “3306” which is also assigned to MySQL by the IANA. This means the port number is TCP 3306 is used by MySQL officially. Also, MariaDB which is the popular fork for MySQL is using the port TCP 3306.

Which Applications Use Port 3306?

There are a lot of applications using port 3306. Below we list some of the most popular and well-known applications that use 3306 for data transmission.

In the early days of MySQL and related products, port 3306 was a clear text port which means it is not encrypted and easily readable by network sniffers. But with the recent releases of MySQL use TLS/SSL encryption in order to protect against sniffing or man-in-the-middle attacks. Also, MySQL 3306 provides authentication and authorization to secure communication. But the credentials and especially the password should be set in a complex way to prevent brute force attacks.