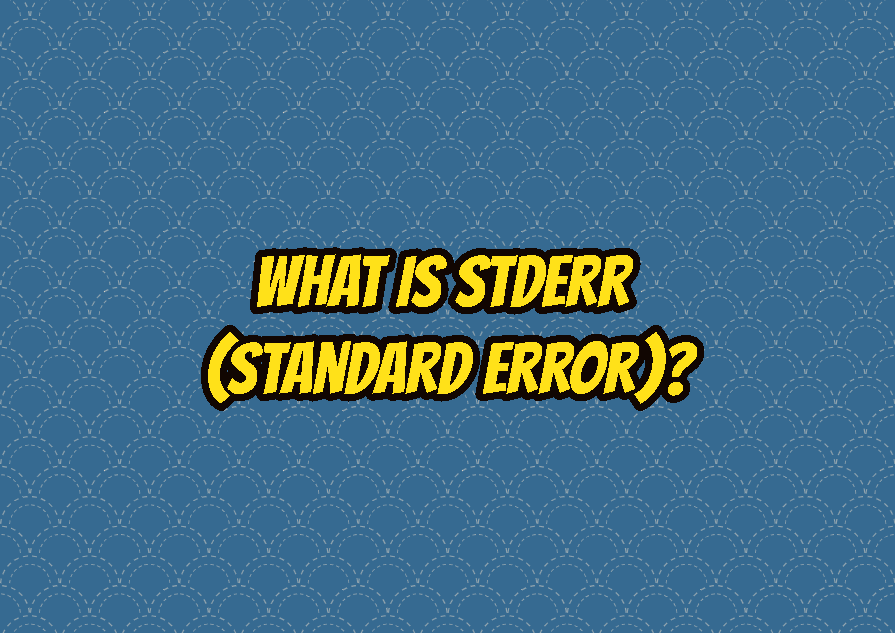 The Standard Error (stderr) is a term used to define the line or file descriptor of the error messages for a process, script, terminal, shell, etc. Simply the stderr is used to output errors about different types of actions in computing. Generally, the Linux, Unix, and BSD operating systems use the standard error. Because the standard error is defined in the POSIX standard which is an operating system standard applied for Linux, Unix, BSD, etc.

Why Use Standard Error (stderr)?

The standard error (stderr) can be useful and used for different cases like below.

The stderr output will be like below. By default, the stderr will be printed to the current shell.

Redirect stderr To A File

We will use the 2> in order to redirect the stderr into a file named errors.txt . This will prevent the stderr errors to be displayed on bash. So all stderr generated errors will be written into the file named errors.txt. Redirecting stderr is very useful as if there are a lot of errors reading and searching them via the console or terminal is very hard and not fast. By storing stderr into a file it became very easy to read and search standard errors created by commands and tools.

Alternatively, the errors can be redirected to the null. This means all generated errors or stderr will be redirected into the device /dev/null which is nothing. Redirecting stderr into null is very useful as it will not fill the console or terminal with errors or we do not need to store standard errors into a file which may take lots of storage.

The stderr puts lots of errors about the currently running operation or command. We may look for a specific error, term, or word. We can easily grep or filter stderr output interactively by using the grep command.