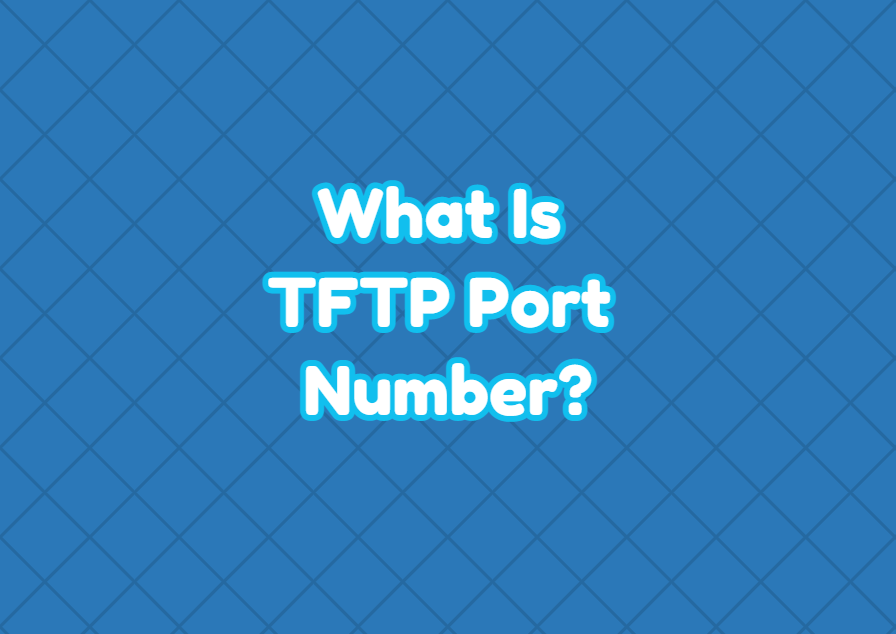 TFTP or Trivial File Transfer Protocol is a simple file transfer protocol that is used to transfer files via the network in a simple way. TFTP is created as a lightweight alternative to the more advanced FTP protocol. The TFTP protocol has some advantages over other protocols like FTP, SCP, SFTP, etc.

TFTP protocol provides the following advantages over other protocols.

First of all, TFTP is a UDP-based protocol. Other protocols like FTP, SCP, and SFTP use the TCP protocol for communication. UDP protocol is generally used to transmit bulk and binary data from server to client or client to server. UDP protocol is lightweight and it does not use complex session protocols. The TFTP default port number is UDP 69 for TFTP servers.

TFTP client does not have a fixed port number which changes for every connection. Generally, the non-prvileged ports are assigned as TFTP client port numbers. The non-privileged UDP ports start from 1024 and up to 65535.

The netstat command can be used to list running TFTP server or service with its port number.